We are always looking for opportunities to head outside and enjoy the weather, even when it might be a little wet or cold. Last week our area enjoyed quite a bit of heavy autumn rain. The children spent much of the morning peering through the window and marveling at how much rain was falling. After a few hours they noticed a giant puddle forming in the corner. As the rain continued to fall and the puddle grew, the children became concerned that their outdoor play time would be hampered by the rain.

Fortunately by the early afternoon the rain tapered and the children were able to head outdoors. We are lucky to have a class set of rain boots purchased by the school parent council for use in our outdoor classroom. This way children can enjoy playing in our school yard, even when they might forget to bring their boots to school that day. We are always prepared and the children ready to explore the world outdoors. Even the giant puddle would be no problem that day!

The children scurried outside after eating lunch - many wearing mismatched school boots because they couldn't get them on their feet fast enough because they were so eager to explore the water. 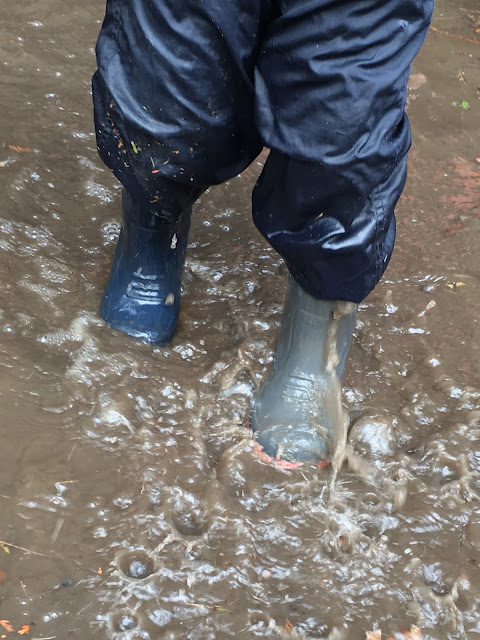 As I approached them I was amazed by the authentic math talk developing in this natural and authentic learning environment. As I listened into their conversations I overhead children wondering with each other about amazingly big math ideas...

How many children could fit in the puddle?  Did each person's feet have to be touching to be counted? Did children who were jumping in and out of the puddle count too? 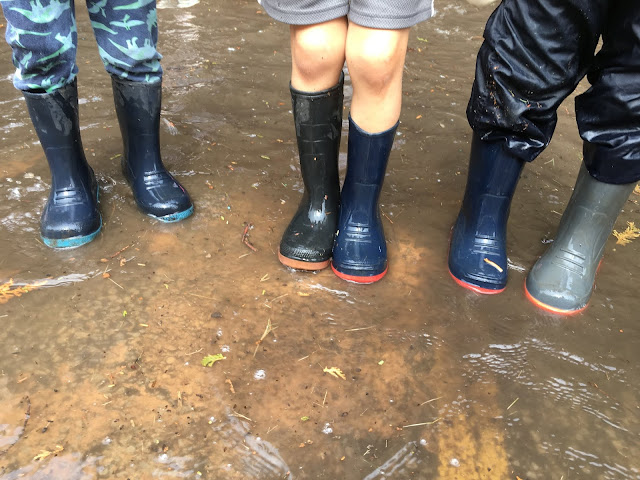 How deep was the water? How much water was there really in the big puddle? Could it fill a bath tub? How could it even be measured? 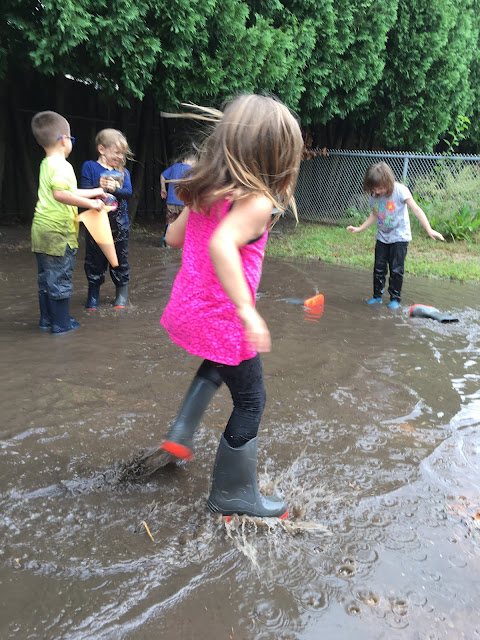 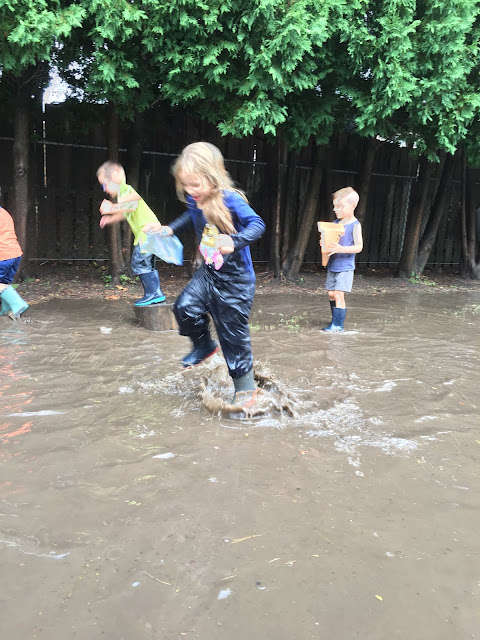 Could the water be used to make soup? How much water was needed in the recipe? Would anyone even want to eat mud soup? 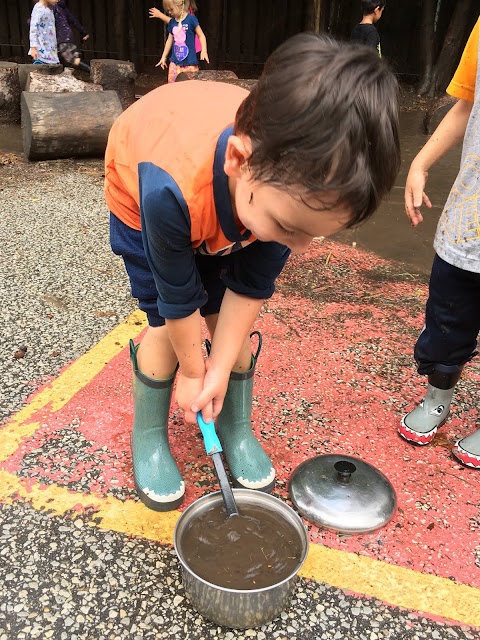 How much water was in one's rain boots after a big splash? How long did it take to dump it out? How did all that water get in there in the first place? 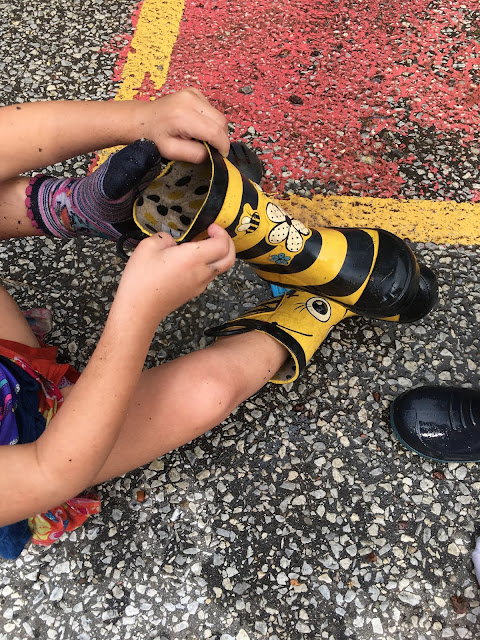 How much more water was needed to cover the stump? Was the stump floating or sinking in the water?  How tall was the stump? What if it rained more...would the stump be under water? 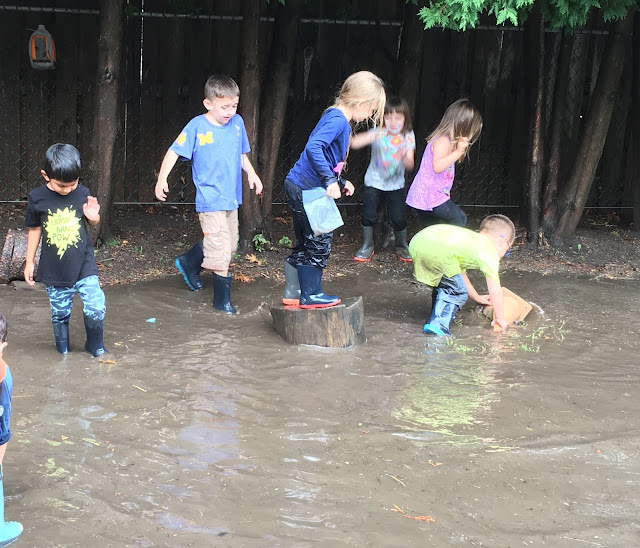 How long would it take to run across the puddle? Who could run the fastest over the water? How could we measure and record the puddle races? 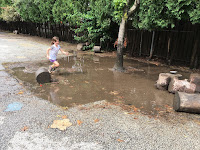 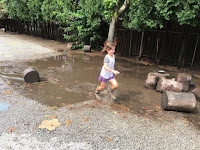 The children were making connections between their puddle play and math in the world around them. The questions they were posing about their experiences in the water were meaningful to them, supporting and strengthening their productive disposition towards math. As an educator involved in their play, I was able to listen to their questions and facilitate conversation and critical thinking about the big math ideas. How could we figure out who could make the biggest splash? What experiences did the children have measuring the size of something irregular. What tools and resources were available to help support this inquiry? Could technology play a role? Would children be interested in revisiting these math questions at a later time or would their interest only occur when playing in the puddles?

As the children and I engaged in conversations about their questions they were developing adaptive reasoning skills - this is the capacity for logical thought, reflection and justification in their math thinking. As children connected what they were observing and experiencing in the puddle play to their own unique experiences and ideas, they were engaged in rich learning as they reflected upon and justified their questions, ideas and strategies to solve the puddle math problems.

Even though many of the children's questions were not answered, the purposeful outdoor math exploration encouraged children to develop a strong conceptual understanding of a variety of developmentally appropriate math topics related specifically to our curriculum including measurement, counting, capacity, classification, time and quantity. I was able to support their conversations and provide suggestions and strategies in the moment. I became a play participant together with them by playing in the puddles myself.

What had originally looked to be a damper on our outdoor fun turned into a complex and layered opportunity for rich math thinking during an activity that most children love to do - explore the rain. It just shows that math can happen anywhere, anytime, when we are willing to rethink what the 'math classroom' should look like.
Posted by Mrs. McLennan at 10:11 PM 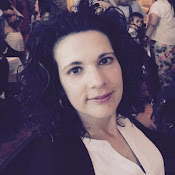 Deanna Pecaski McLennan, Ph.D., is an educator in Southern Ontario who is greatly influenced by the Reggio Emilia approach to Early Childhood Education.
Deanna was awarded the 2020 Prime Minister Award for Teaching Excellence in STEM.
Deanna believes in a play-based, exploratory, democratic learning environment and has spent much time reading, researching, and writing about these various issues. Contact her at deannapecaskimclennan@yahoo.ca. 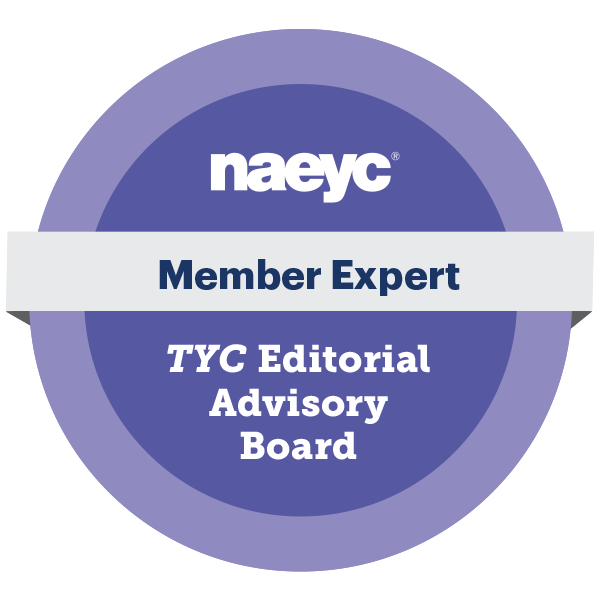